Finding (and retaining) the right talent is key to continued success. So the question is: as a rapidly growing business, how do you attract, assess and hire the talent you need? 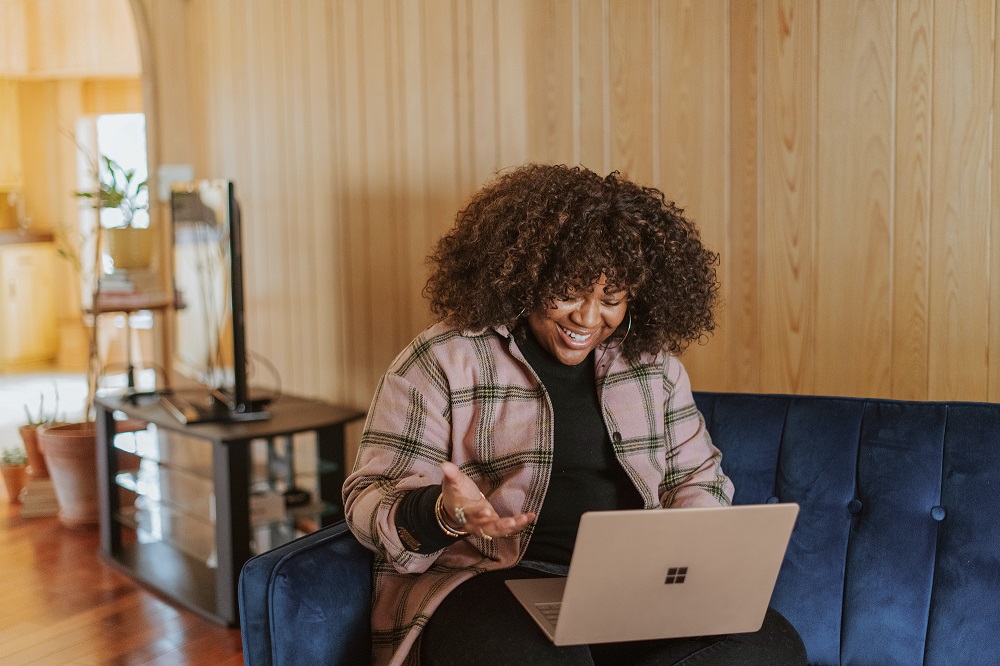 We're all likely suffering with a bit of 'Zoom fatigue', but for many, interviewing for a new role begins with a first stage video call. How do we eliminate any bias that might creep into the hiring process when using video technology? Let's take a look… 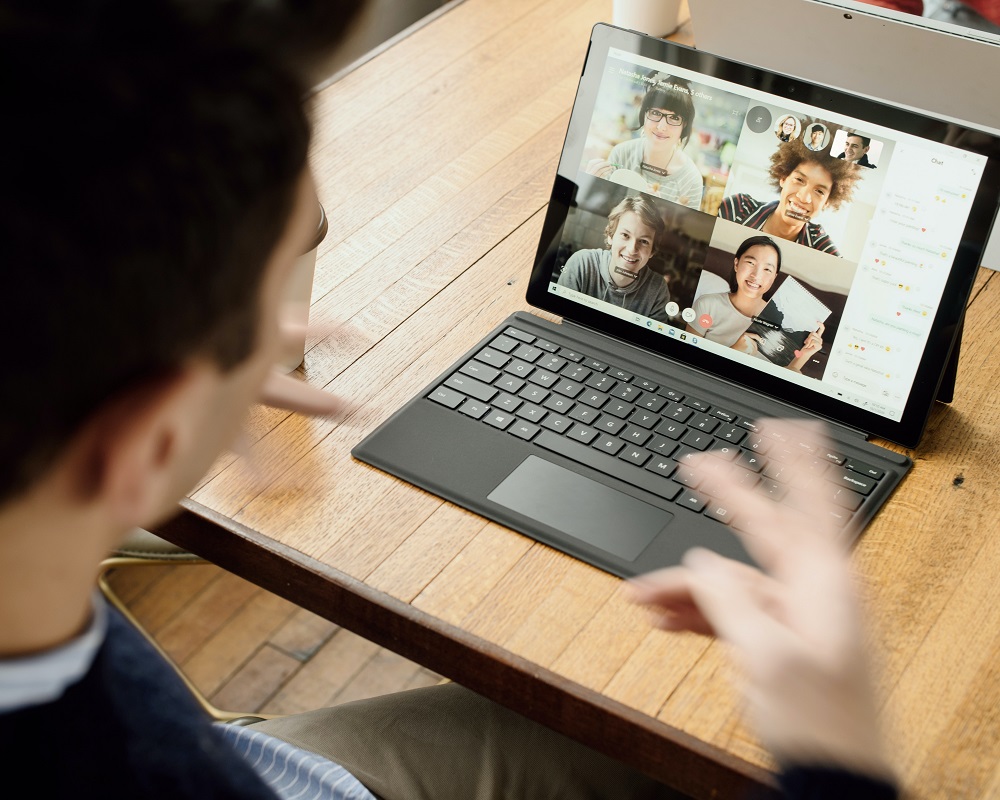 We may be over the height of the pandemic and of evenings spent subjected to Zoom quizzes, but it looks like the use of video technology in business is here to stay.  Despite occasional dodgy connections and maddeningly malfunctioning webcams, few can deny it’s been one of the saviours of the pandemic. From casual catch-ups previously conducted over cups of tea, to board meetings, and through, of course, to its use as a hiring tool, video technology has been critical to the continuation of business as (sort of) usual.

As we emerge from a problematic yet pivotal 18 months, will in-person interviewing return, or will video technology prove the better long-term option? Crucially, if it is the latter,  how can we ensure that hiring with video technology is done without bias, and in conjunction with recruiters’ commitment and responsibility to ensure diversity and inclusion (D&I) in the workplace?

There are clear ways in which video technology affords a more balanced and equitable hiring process from the get-go. Without the need to travel to an office for a particular time on a particular date, candidates for a role benefit from a lessening of geographic, financial and accessibility barriers. Video technology allows for the possibility that interviewees with a disability are not hampered by potential accessibility issues; that parents can work around childcare dilemmas; that potential employees avoid the expensive travel costs for last-minute interviews, which some may be able to afford, and others not. It certainly saves spending money on a new pair of trousers…

Naturally, there’s always a flipside, and as has been the case with schooling during the pandemic, where gaps in education have formed as a result of some families lacking computer resources and/or skills, the same applies to hiring, in that recruiters cannot assume interviewees are in a position to complete a video interview, either at all, or to the same ability as other candidates. This is something individual recruiters would be obliged to resolve if a candidate reached the video interview stage, to ensure the fairest outcome possible.

Whilst the flexibility of video technology (generally) allows for a breaking down of barriers, what about once a video interview is actually underway? Is it possible to avoid bias then?

Video technology for hiring comes in a couple of principal forms. One-way video interviews involve the candidate being asked a series of preset interview questions on screen, which they must consider and answer, usually within set time frames, whilst being recorded for the recruiter to view later. This type of interview tends to come earlier in the screening process, and may or may not then be followed by a two-way interview later down the line, whereby interviewer and interviewee interact in real time. 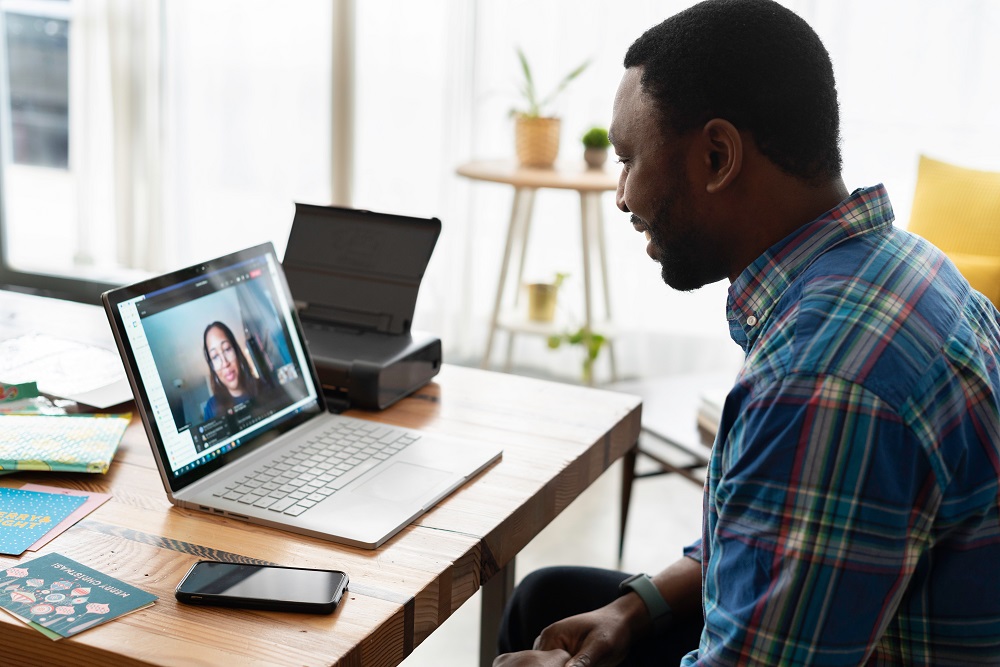 These methods either reduce or eliminate the capacity for the interview preamble of the old days. Let’s be honest - an average in-person interview, pre-pandemic, would invariably have consisted of one or more of the following scenarios:  interviewee arrives at reception and says nervous hellos to existing members of staff as they wait; interviewee weaves their way through an open-plan office whilst making strides to build rapport with their interviewer (they may even share a ride in the lift, in which they can sell themselves or otherwise: the truest meaning of an elevator pitch); interviewee tests their humour on the panel as a glass of water is fetched and papers are shuffled in preparation.

It is in these spare moments, beyond the structure of the interview, that impressions, often filled with bias, form. These may come down to something as trivial as the interviewee’s choice of shoes, or the football team they support. Small talk creates small impressions that lead to big biases.

Sure - there may be some small talk at the beginning of a two-way video interview, but without the distractions of the real world, the chances are the interviewer will get straight down to business. As with any well-conducted interview, an interviewer must have a script and a process by which they approach an interview, but with the video format, the likelihood is that there is a greater focus on sticking to the script. Each video interview within a hiring flow can be standardised and structured, a consistent approach for each candidate involved - and even more so with one-way video interviewing, with questions loaded on to the system in advance.

Video technology also allows for the involvement of more stakeholders, who are unimpeded by locational or schedule-induced barriers, such that a decision can be made by various members of the team, rather than it being down to just one or two people.

And there’s more. With video interviewing comes the possibility of integration with an Applicant Tracking System, or ATS, a vital hiring tool for any recruiter. When video software is either linked to, or integrated with, an ATS, there are a number of ways to reduce human bias.

With an ATS, videos can be recorded, saved and reviewed later. This means that more key players  have the opportunity to present their perspectives on candidate interviews and can review, comment and score interviewees via the ATS. The result is that, firstly, an increased number of perspectives are taken in account, and secondly, with a full record of the decision-making process, all parties can be held accountable for their opinions, guaranteeing an innate  integrity and professionalism to the process, and offering the opportunity for truly constructive feedback to aid unsuccessful candidates, enhancing the transparency of the process. 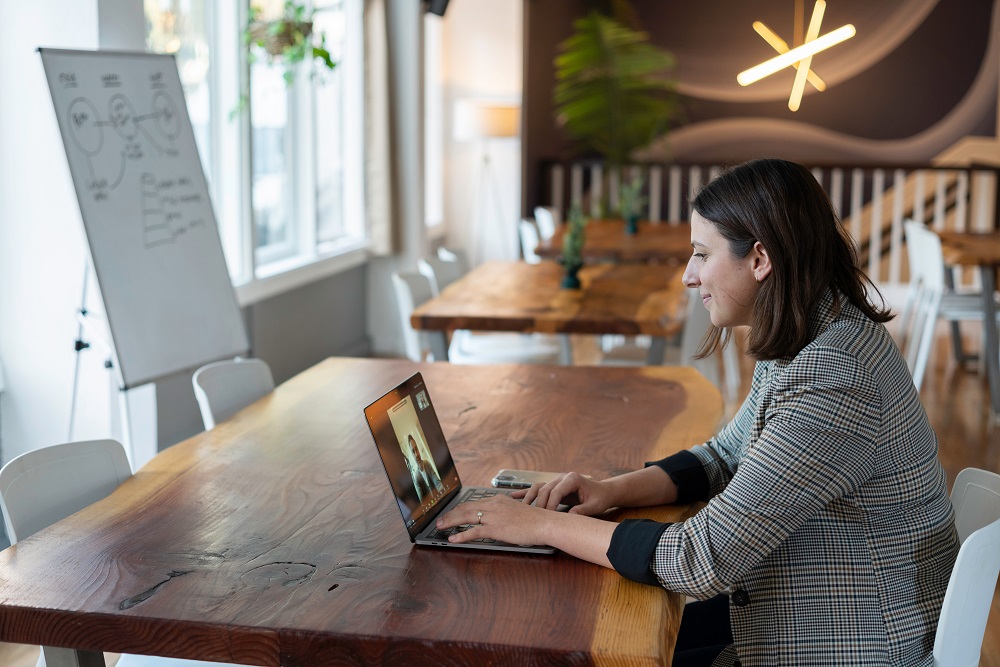 Recording and storing on your ATS also, in theory, means a library of past interviews can be maintained for management training purposes (obviously having ensured data and GDPR compliance in advance, which can be ensured via ATS technology). An essential part of the recruitment industry’s responsibility to ensure D&I is its commitment to continuous improvement, and by taking lessons from past hiring flows and learning from them, D&I can improve on every hiring flow.

Of course, video technology still involves seeing a person’s face and hearing their voice, and having a view of their background (did you spot a copy of Plato on their bookshelf?) – all of which may prompt bias in the interviewer, however unconscious it may be. And, arguably, even if a whole panel of recruiters review an interview, who’s to say that panel has a diverse enough set of opinions between them, not to share certain biases? So, what really is the answer to a non-biased use of video technology?

Let’s rewind the hiring flow, and think about how that shortlist of candidates successfully landed their video interview in the first place; here lies the crux of the matter. By ensuring an impartial shortlisting process, before ever seeing a candidate or hearing their voice, a great deal can be done to prevent bias from creeping in. An ATS system such as Stryve contains features that allow recruiters to redact certain candidate data from CVs, so that recruiters only see the information that truly matters – a candidate’s skills, experience and suitability for a role; effectively, everything they need to make a success of it.

Unconscious bias is a reality, and whilst great strides are being made to improve education and awareness of such bias, it is crucial to avoid its possibility from as early a stage in the hiring process as is possible.

Following such processes as provided by Stryve’s redaction feature, and working to create diverse teams, results in self-propagating diversity, a team that can represent a cross-section of society and which is likely to encourage that diversity to grow, as each and every new hire arrives. A diverse panel hires a diverse range of candidates... and so it goes on. Individuals within a team encourage education and a gradual erosion of unconscious biases.

Your initial recruitment process is therefore key to building the team your business needs to succeed. And, of course, this process is subject to refinement: company processes and ATS features and capabilities can and should be developed and adapted over time, to ensure that with every hiring flow, bias is less and less of an issue, and that recruitment, however it is conducted going forwards, is based on talent, and talent alone. 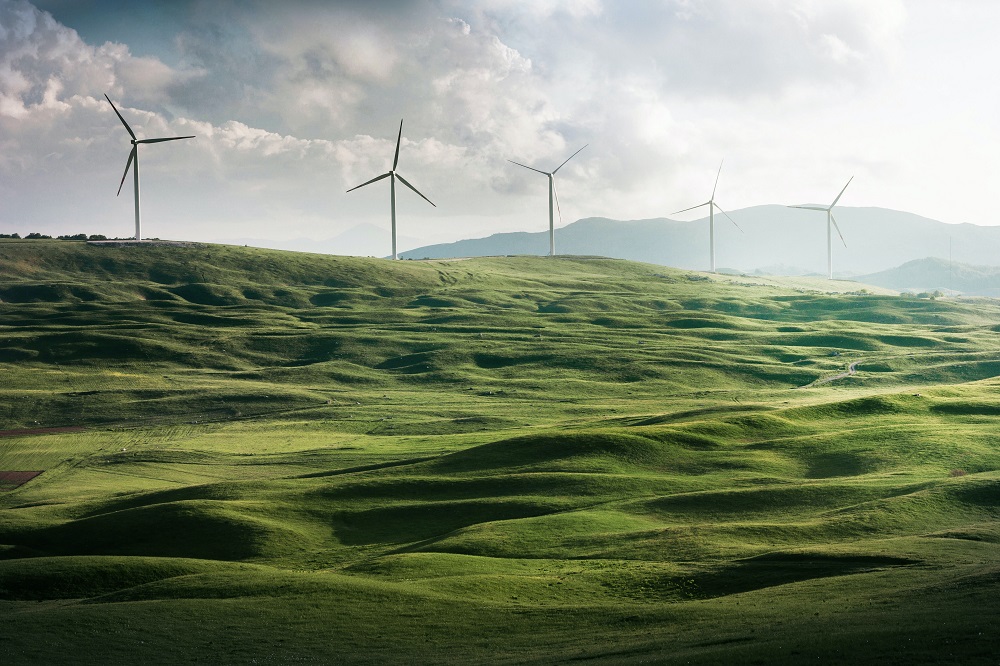 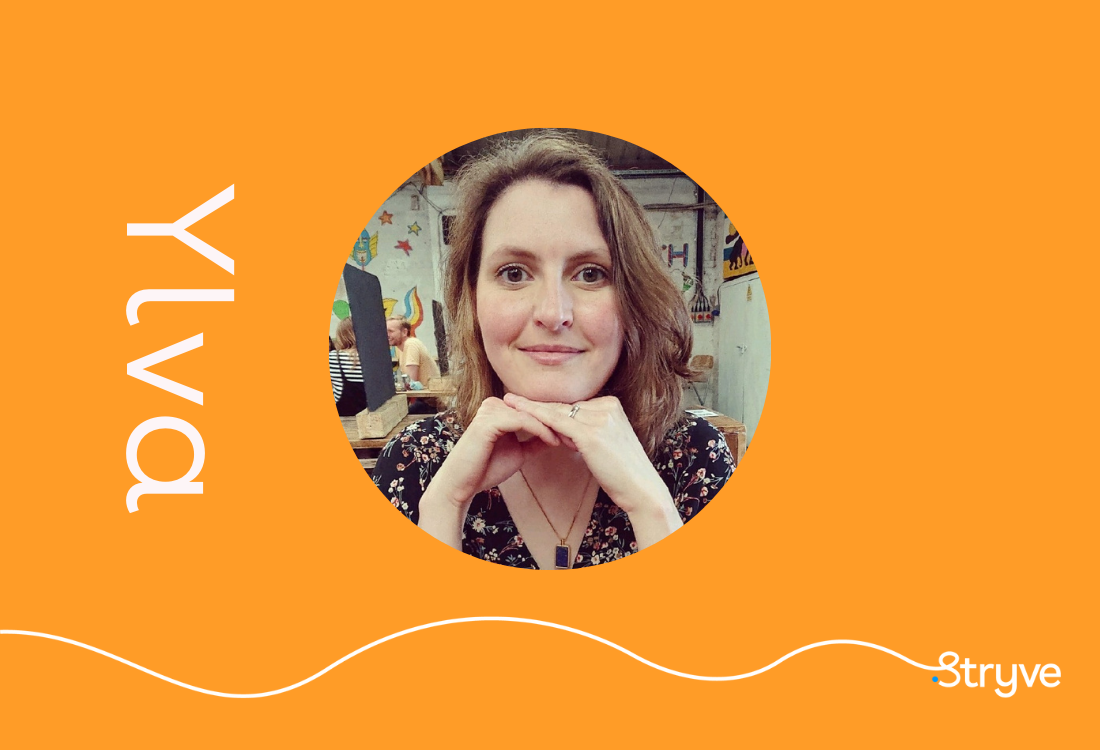 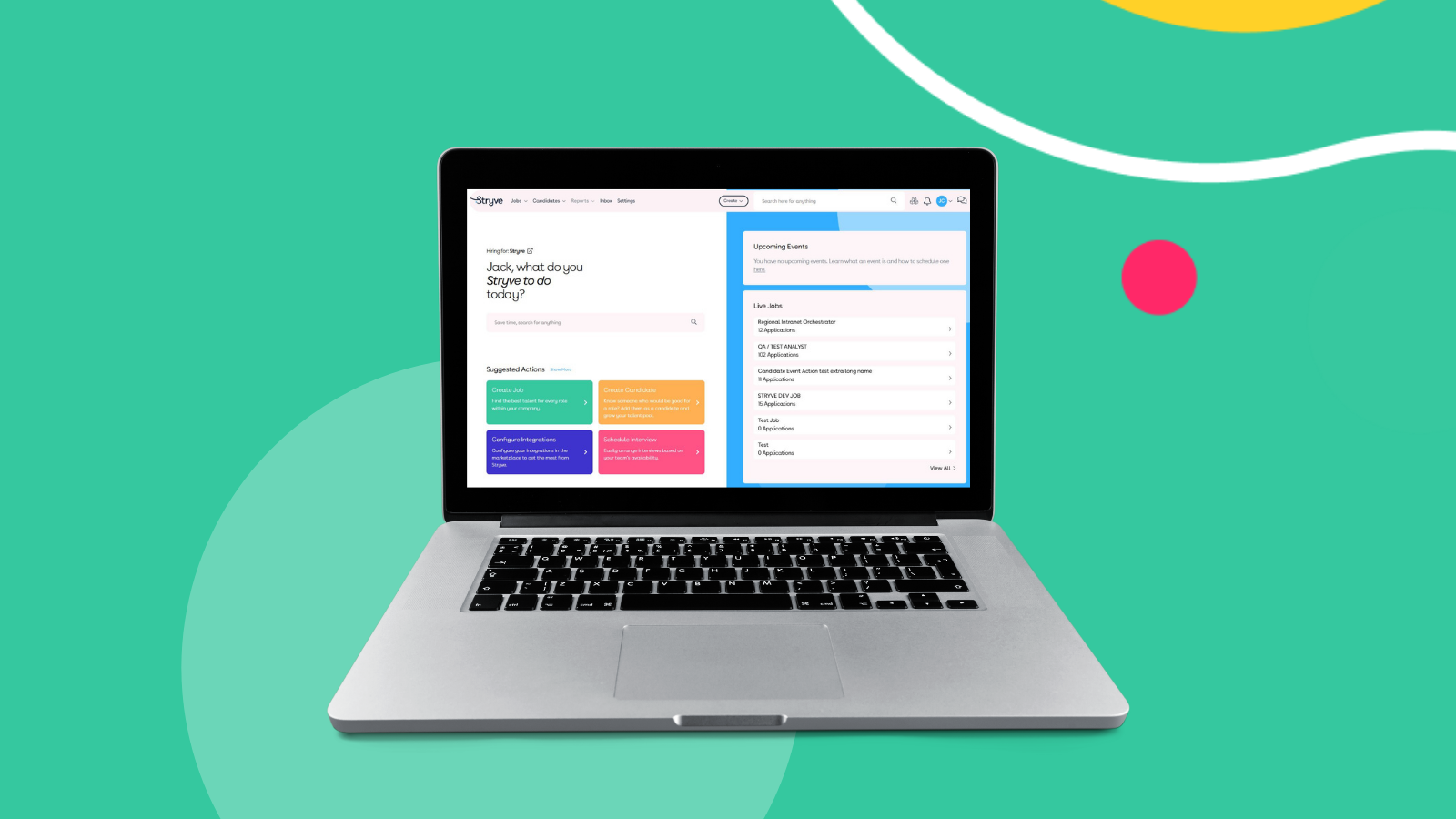